"Hytechfund Foundation", Funding Program for Clean Energy and else Projects

This production can take place near the Bulgarian "Kozloduy" NPP ( http://www.kznpp.org/index.php?lang=en ) or elsewhere , using the night off-peak Electricity produced by both 1000-Megawatt Nuclear Reactors of the Power Plant for which there is low or no consumption during the nighttime and it mostly just wastes along the power grid.

Using the technology we have available for Low-Power (12.3 kWh / kg H2) Water Electrolysis (LPWE), - https://fuels.alle.bg , or other similar technology, it's possible to produce over 150 tons per hour of 100% pure Hydrogen out of Danube River’s Water and with the cheap off-peak nuclear-generated electric power of the NPP.

This hydrogen could be offered for export sales across the world, at the average market prices ( $10/kg in USA, GBP12/kg in UK) which would generate gross revenues of about $ 1,500,000 per HOUR !

Not mentioning the Oxygen produced, which will be offered for sale as well.

What is more, the construction and commissioning of the two new 1000 MW Reactor Units of the new "Belene" NPP near by, will double this revenue .

World production of hydrogen for 2018 was about 60 million tonnes (726 billion cubic meters) ! Over 99% of this hydrogen is produced by reforming fossil natural gas, i.e. in an ecologically "dirty" way, while in our case we are talking about 100% ecologically clean production.
The Oxygen's consumption was over 350 million metric tons .

By Synthesis of Hydrogen and CO in a Fischer-Tropsch Reactor, we can obtain a number of hydrocarbon products such as pure Diesel, Gasoline, Methane, Methanol, Ethanol, Ethylene, Propylene, Formaldehyde and hundreds of other chemical products for the production of polymers, fibers, paints, fertilizers, etc.

Synthesis of Hydrogen with Nitrogen from the Air (reaction of Haber-Bosch) leads to the production of cheap ammonia and ammonium fertilizers.

Ammonia is also excellent, clean and renewable, easily liquefied Fuel that does not emit CO2 and is stored in plain propane bottles. It's as safe as Petrol. It is also an excellent and safe hydrogen storage.

All the aforementioned would bring new hundreds of billions of revenue to Bulgaria.

In addition to the sale of pure hydrogen, we could produce a valuable raw material - liquefied carbon dioxide - CO2, by capturing and extracting it from the atmosphere, based on the technology of the Swiss company Climeworks.com. 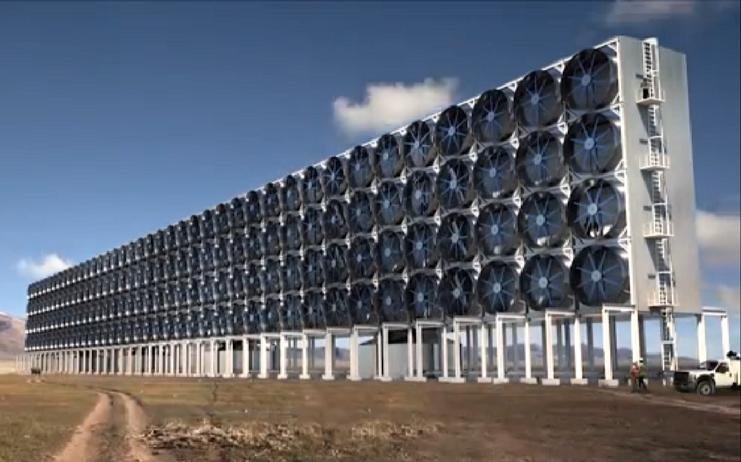 By Synthesis of Hydrogen and CO in a Fischer-Tropsch Reactor, we can obtain a number of hydrocarbon products such as pure Diesel, Gasoline, Methane, Methanol, Ethanol, Ethylene, Propylene, Formaldehyde and hundreds of other chemical products for the production of polymers, fibers, paints, fertilizers, etc.

Synthesis of Hydrogen with Nitrogen from the Air (reaction of Haber-Bosch) leads to the production of cheap ammonia and ammonium fertilizers.

Ammonia is also excellent, clean and renewable, easily liquefied Fuel that does not emit CO2 and is stored in plain propane bottles. It's as safe as Petrol. It is also an excellent and safe hydrogen storage.

Every Gasoline IC Engine could be retrofitted to burn our almost free hydrogen .

For example, in 2003, the US Department of Energy, together with the Arizona Public Service, a subsidiary of Pinnacle West Capital Corporation, conducted a series of successful experiments to fuel a gas-converted Mercedes-Sprinter Van’s petrol engine with pure hydrogen. - https://www.osti.gov/servlets/purl/809115

The final report mentions that during the several-month tests and tens of thousands of miles run, the engine works perfectly, harmoniously, economically and almost without wear. The greenhouse gas emissions were virtually zero.

It should be noted that extracting pure hydrogen from a cylinder with our MOH Gas also extracts pure Oxygen, which is used for combustion of the hydrogen, instead of oxygen from the air, which is mixed with a large amount of Nitrogen and other gases, which leads to the formation of TOXIC NITROGEN OXIDES (NOx), plus CO2, SO2, etc., in the combustion process.

When using MOH, the harmful emissions are ZERO, because NO Air is being used for combustion.

Our Project could include mass- production of various types of Automobiles and Electric Generators with engines reorganized to work in dual, hydrogen and gasoline (as spare fuel).

Each car can also be supplied to the buyer with a separate Hydrogen Generator for autonomous hydrogen DIY fuel production from water !

One could also consider organizing a post-delivery of hydrogen-filled cylinders, similar to supplying domestic gas cylinders with Propane-Butane, and swiftly replacing them in the car, on the street, in the car park, if no charging stations is located nearby.

Compared to the Hydrogen Fuel Cells, which are currently very fashionable, the Hydrogen-Gasoline engine would be times cheaper, compact at unit power, with a much longer life than the fuel cells (20,000 hours only), with low hydrogen consumption, with easier, and with more affordable and inexpensive maintenance.

The gasoline engine could also be used as a stationary or mobile electric generator in the same way as Hybrid Cars (Toyota Prius, Hyundai Ionic, etc.) that are becoming more and more popular.

Bulgaria could gradually replace all gasoline and diesel vehicles with hydrogen, and could produce and export for hundreds of billions of euros across the globe.

Production, based on the above-mentioned technology, of Universal, 100% Clean and Renewable Hybrid-Hydrogen MOH Gas ( patented in 2008/2011 in Japan as Ohmasa Gas), would bring much more revenue !

In addition, the MOH can be used as a 100% fossil-fuel substitute for gasoline internal combustion engines, and can be 100% pressurized, pumped and safely transported along the existing gas-pipeline tube network, just like the Natural gas, liquefied or compressed.

Could be also incinerated by special burners in Steam Boilers, Furnaces and more thermal installations - https://fuels.alle.bg

An installation can also be made at the underground Gas Storage Facility in the village of Chiren, etc., where the MOH can be stored as a reserve.

Soon after the start of such a production, Bulgaria will be able to stop all the IMPORT, of all the types of fossil fuels, to go all over to MOH fuel and to start exporting for hundreds of billions of euros.

All coal and methane power plants will be rebuilt to simultaneously burn and produce hydrogen fuels.

At the same time, dozens of factories (with Training and Residential Campuses in them) will be built, in which will also start production of various MOH Gas Combustion Systems and others, produced with its help, such as: